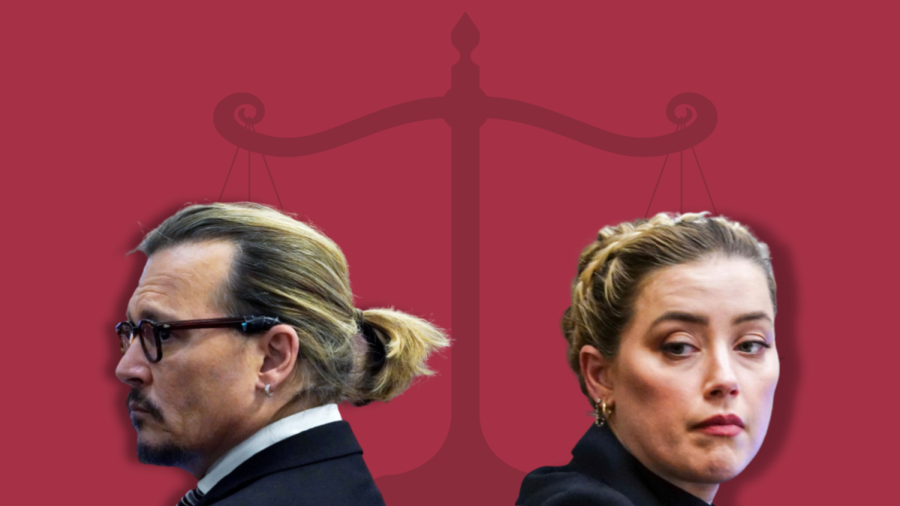 Johnny Depp has decided to take his former wife, Amber Heard, to court to clear his name of the allegations she posed against him.  Depp is suing Heard for $50 million in damages, claiming that the domestic violence accusations were defamatory.

While Heard began her testimony this week, let’s start from the beginning about why I’m team Johnny.

In 2015, Depp and Heard got married, which is where things start getting messy.

In 2016, Amber Heard filed for a divorce. She was later granted a restraining order against Depp on the basis of domestic violence. Sources say that Amber was supposedly seen with a bruise under her eye from when Depp allegedly threw a phone at her during an argument that struck her face.  Depp denied these allegations, claiming that Heard was trying to secure some sort of premature financial resolution by alleging abuse. The Los Angeles Police Department found no evidence of abuse.

There are more details, but for time’s sake, that summarizes where we are now—six years later with Johnny Depp suing his ex-wife for millions of dollars.

Depp alleged that after he walked away from a fight with Heard, she decided to use the bathroom on his side of the bed, sending him a photo of her fecal matter on the covers.

There was another instance where he allegedly tried to leave an argument with Heard and she blocked the doorway. He asked Heard if she wanted to hit him and in response, she punched him several times.

In one instance, when Depp was pouring himself a drink, Heard stormed through the doors and threw the bottle at Depp. Depp dodged the it, grabbed a bigger one, and poured himself another glass. Heard grabbed the new bottle and threw it at his hand, shattering the bone and severing the tip of his middle finger.

Amber claimed to be using a makeup product to “cover up the bruises” that Depp gave her. However, while Heard claimed to have used it back in 2015, the company of the product released a statement stating that the product had not come out until 2017.  This proved Heard’s claims to be lies and her allegations impossible, considering she could not use a product that was not accessible.

Ironically, Heard’s lawyers objected to their own questions and even asked questions that received answers supporting Depp’s side of the case.

Heard’s lawyers brought in their own psychologist to disprove Depp’s psychologist’s claims that Heard has Histrionic Personality Disorder, which alludes to “a distorted self-image and an overwhelming desire to be noticed,” according to Cleveland Clinic.  Heard’s psychologist testified that Depp allegedly sexually assaulted her, which prompted her diagnosis with Post Traumatic Stress Disorder.

“Tell them Johnny, tell the world that ‘I, Johnny Depp, a man, am a victim of domestic violence’,” Heard said, in a recording presented at court of a phone call between Depp and Heard. “See how many people believe you and support you. No one will believe you because you’re Johnny Depp.”

“I didn’t punch you by the way.  I’m sorry that I didn’t hit you across the face in a proper slap,” Heard said in another recording played at court.  “But I was hitting you, I was not punching you, babe, you’re not punched.”

Justice for Johnny.  If you are a victim of domestic abuse, please call the National Domestic Violence Hotline: 800-799-7233.