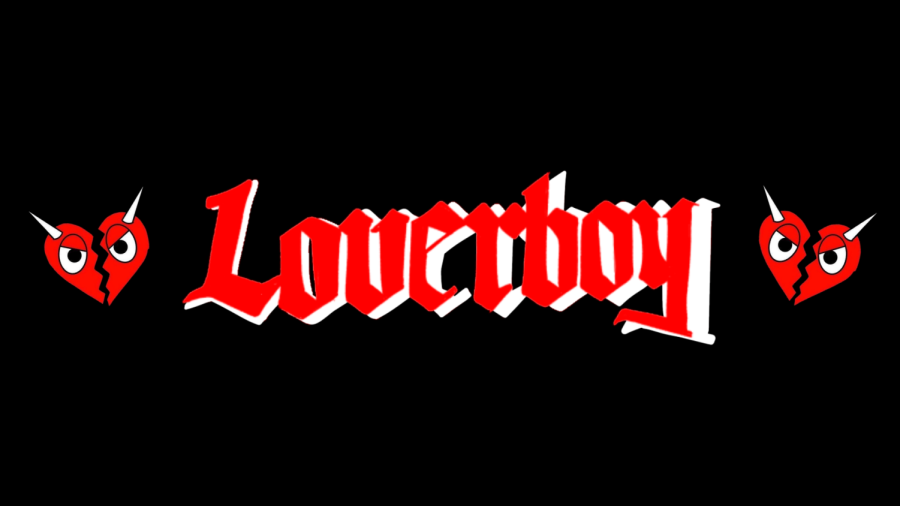 Junior Michael Safo donates the proceeds from his clothing brand, Loverboy, to medical research and to stopping police brutality.

Between work, school, sports, and life in general, juggling these aspects of life can be hectic and eventually become tiring. Some take it to the next level, juggling all of that and more, like these super students who threw another activity in the mix; their very own businesses.

Junior Michael Safo started his own clothing brand, Loverboy during his freshman year of high school in 2019.

“I had just torn my ACL [after previously being a student athlete], and I thought about what was next for me [thinking I had no future in athletics],” Safo said. “I started doodling with no plan of starting [a business] in mind, but I came up with a design I really liked and I went ahead and released it on Valentine’s Day the next year.”

“The initial release was a flop,” Safo added. “I probably sold three hoodies, so I went back, did more doodles, and came up with the design that people know me for today.”

The following year after Loverboy’s initial release, Safo sold 300 hoodies, increasing the amount of profit exponentially, all of which has gone to SARS research and anti-police brutality charities in West Africa. Safo has also created a Loverboy fund which has been collecting money for any charities in need.

Now almost three years after creating Loverboy, Safo has sold more than 400 hoodies across a dozen MCPS schools and has even sold hoodies to schools in France.

“[After my initial success] I started to have more fun with it and I put myself out there,” Safo said. “Once more people heard about Loverboy they wanted to support something greater than me.”

Safo is inspired by many successful fashion designers, but none more than the late legendary designer Virgil Abloh, who was the men’s artistic director for Louis Vuitton.

“I want to be successful. I want to travel the world, go to fashion shows, do designs for different companies, just like Virgil [Abloh],” Safo added.

Safo’s current goal is to have his hoodies featured in stores around the DMV.

“I would definitely say that the rivalry with my brother’s brand, Born Broke [started by class of 2020 alumni Israel Safo], fuels my motivation as you can see in my advertisements,” Safo said. “We love to go head-to-head and see [who can be more successful].”

Starting your own business, especially throughout high school, means putting yourself in the public eye, and dealing with criticism can get tough at times, and definitely isn’t something everyone can master.

“My advice? Stick with it. There are always bad days, even the most successful companies had days when they thought that they weren’t gonna make it,” business management teacher Emily Nalda said. “Some people get discouraged very early on, but as long as you have a solid plan you can end up being really successful.”

Although clothing definitely isn’t the only way student-entrepreneurs have decided to express their creativity, Junior Cameron Scott expresses this with his cooking business that was started shortly after winter break this past year.

“[Cooking] is something I’m passionate about, and I want to be a head chef when I grow up,” Scott said. “People closest to me really motivated me to start pursuing the things I’m talented in.”

Scott makes all of the food himself using his mother’s secret recipes, and makes all of his meals ready-to-order after school. In the past, he has sold chicken pasta, shrimp pasta, and baked goods, but is now selling chicken wings and cookies.

All of the profit Scott has made from his business he plans on putting towards his college fund and hopes he can continue to grow his business throughout his education.

“A lot of people [who are starting their own business] think that they’re not going to have to work that hard, it’s actually the opposite,” Nalda said. “If you are able to power through, you’ve got a lot of determination, and know a lot about the area that you’re going into then all you need is yourself.”

“It’s on me now to keep a clean image and be more mature, but I still want to have fun with everything that I do [with my brand],” Safo said.

“We have a lot of really creative kids here at Watkins Mill, and a lot of the [ideas] get planted before they come [to my class],” Nalda added. “They develop skills and gain enjoyment in different fields and they run with it.”

These student entrepreneurs show that no matter what it is that you want to do in life if you put your mind to it you can accomplish anything.