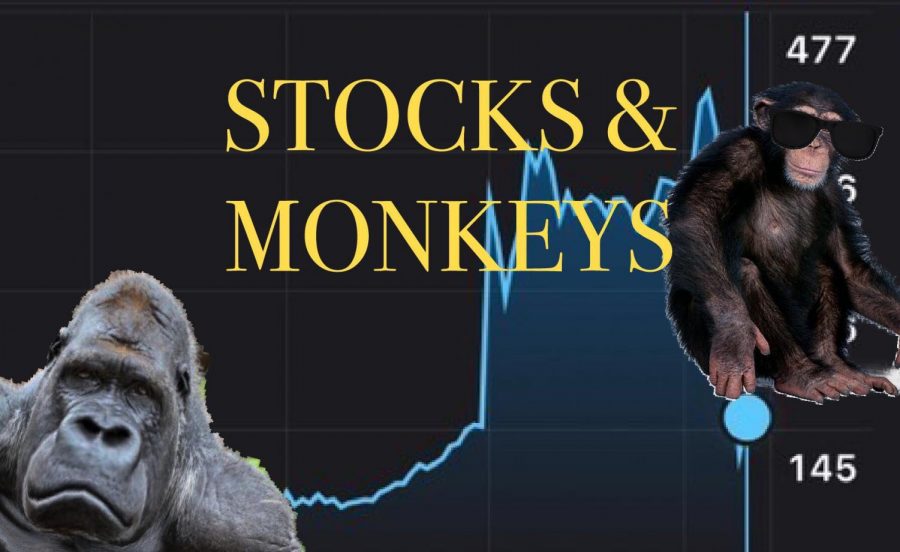 See why everyone's going "bananas" over the stock market, as explained through monkeys.

If you’ve been online at all in the last week, you’ve probably heard a lot about the stock market, Reddit, and all of that. But what does any of it even mean? What’s a “short-squeeze”??? What’s a “stock”???? Who is Robinhood and why the heck is he at GameStop??

Fret not, because today we’re gonna go over all that. Before we begin, let me remind you that the following are very complicated and lengthy terminology and topics. Who the heck has time for all that? So, we’re going to keep this as simple as we can by illustrating it using monkeys and bananas.
Disclaimer: Before we go any further, I feel obligated to tell all of you, I am not a stocks expert by any means. Truth is, I have no freakin’ clue how any of this works. This is not an article teaching you how to invest. I am not giving you any advice. All this stuff is really complicated and volatile. If you don’t know what you’re doing, you probably shouldn’t be doing anything. But I mean it’s your money, spend it however you want, but I didn’t tell you to do anything.
Okay now that we got that out of the way…
Short-Selling
Gorilla (hedge funds) wants to make money. Gorilla will ask Orangutan to borrow one banana.

Gorilla has a plan to get banana back, and for a lot cheaper price too. See Gorilla is betting against Monkey Inc. and is hoping that the price for banana goes down. Price of banana goes down to $3 and Gorilla buys banana and gives it back to Orangutan. Now Orangutan is happy. He has banana, and Gorilla is happy because he made $7 from original banana he sold. This is called short-selling and Gorilla does it all the time. But lately Gorilla got into biiiiiiig trouble…
Short-Squeezing
Short-squeezing is a sudden increase in price of banana. This doesn’t mean Monkey Inc. is doing really well. Usually, it means that there is not enough supply of banana, or too much demand for banana, and it can cause trouble for Gorilla. Remember Gorilla sold banana for $10, and bought it when the price was lower, $3. But what happens if instead of dropping, the price of banana goes up? Let’s say that Gorilla sold banana for $10, but now banana cost $15. Uh-Oh! Remember, Gorilla was only borrowing the banana, and Orangutan is not going to be happy if he doesn’t get it back!

Gorilla now has to buy banana for $15, meaning he lost $5, now Gorilla is very sad.
So, What Happened With Game Stop?
So Gorilla was thinking one day…

Group of monkeys (literally just random people on Reddit) overheard Gorilla’s plan. They decided to play a trick on Gorilla. They decided, if they all bought a bunch of bananas, the price of bananas would go up, and Gorilla would lose lots and lotssss of money.

Remember, Gorilla sold his borrowed bananas for $10 each. He needs the price of banana to go down, so he can buy them for cheaper, return them to Orangutan, and make a profit. The problem now is monkeys have raised price of banana to an INSANE amount, and the more Gorilla waits, the more money he’s losing.

So monkeys have caused the price of banana to sky rocket. Which means monkeys are going to make a lottt of money when they sell their bananas, while Gorilla is going to lose money, since he still owes Orangutan his bananas. Gorilla has to do something FAST.

To try and make up for his mistake, Gorilla has to try and buy back all the bananas he initially sold for cheap, in order to return them to Orangutan. This is called short covering. Price of banana is very high, and all the monkeys have many. They sell their bananas for a lot of money, which then causes price of banana to plummet. This means Gorilla will lose even more money, because he can’t sell banana for high price anymore.
Okay…I’m With You…But What’s Robin Hood?
Ordinary everyday monkeys have to go to people like Baboon (Robin Hood) in order to buy and sell their bananas. Gorilla has big fancy firms and brokers, he don’t need smelly Baboon. Monkey will go to Baboon and tell him how much banana Monkey will buy, and for what company. Baboon then goes to Monkey Village where he will buy the banana for Monkey.

This system has worked fine. Monkey knows he doesn’t know too much about Monkey Village, he’d much rather send Baboon to do his work for him. After all, Baboon is supposed to be on Monkey’s side, or so Monkey thought…

When the price for Monkey Inc bananas went up, many monkeys rushed to Baboon to sell, and make lots of money. Remember, monkeys plan was to keep buying bananas in order to make the price of banana keep rising, so imagine their surprise when they heard….

“Monkeys are no longer allowed to buy bananas! Monkeys can only sell bananas from now on!” boomed Baboon.

Monkeys didn’t think this was fair at all. After all, Gorilla could still buy bananas.

It was clear what Baboon was trying to do. Baboon wanted all the monkeys to sell their bananas, so the price would go down, Gorilla could buy them all again, and make some money.

Monkeys became furious with Baboon. One monkey climbed up on top of a tree. “Don’t sell your bananas no matter what!!! Don’t give into Baboon’s demands, and don’t help Gorilla!!” Monkey called to other monkeys.

But why would Baboon do this? Wasn’t Baboon supposed to be friend to monkeys? Why is he helping Gorilla now?
How Robinhood actually Works
In Monkey Village, there are several different markets selling the same thing. But they each have their own prices and offers. Baboon’s job is supposed to be finding the best market for Monkey, and buy bananas there. Baboon is sneaky though, and doesn’t let Monkey choose what market he wants to buy banana from. Baboon tries to find the best market that would make him the most money, not Monkey.

The people at Monkey Village knows that Monkey isn’t the brightest, and they know Baboon will do anything for a quick buck. They find ways to scam Monkey, and get him to pay more than what banana actually costs.

But it gets even worse. It turns out, before Baboon even gets to Monkey Village, he meets up with Gorilla. Gorilla pays Baboon to tell him what Monkey is going to buy, before Monkey even buys it. Because Gorilla knows what Monkey is going to do, he can use that information to help him make his own trades, and decide which bananas he should buy based on which ones Monkey is buying. 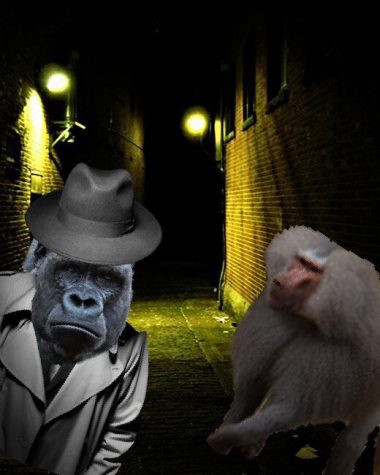 This is how Baboon makes money. He was never on Monkey’s side, and has been working with Gorilla all along. This is why when Gorilla loses money, and Monkey gains money, Baboon is upset. Baboon has lied to all the monkeys, pretending to be on their side, when in reality, Baboon actually makes a profit each time Monkey loses, and Gorilla wins.
So, What Now?
The world of trade and the stock market is unpredictable. No one knows when things are going to rise or fall;  anyone who tells you that they do know, is probably lying. This article was written on Thursday January 28, 2021, and it’s hard to tell what happens next. People are furious with Robinhood, and not just the traders. Senators, public figures, and politicians, have all discussed their frustration with the company. Many traders have decided to stand their ground, refusing to sell their stocks, causing many rich Wall Street elitists to continue to lose money. No one can say with certainty what’s going to happen to GameStop stock. It could continue to rise, or it could completely crash before this article is even published.

However, one thing we know for sure, is that this incident exposed many things. Robinhood is stifling the 99 percent in order to protect the rich. This goes against anything resembling a “free” market. And it’s not just Robinhood, the whole system has been rigged in favor of the rich since the beginning.

In the words of George Carlin, “They want more for themselves and less for you…It’s a big club, and you ain’t in it.”