caleb basically wrote this article shout out that guy fr 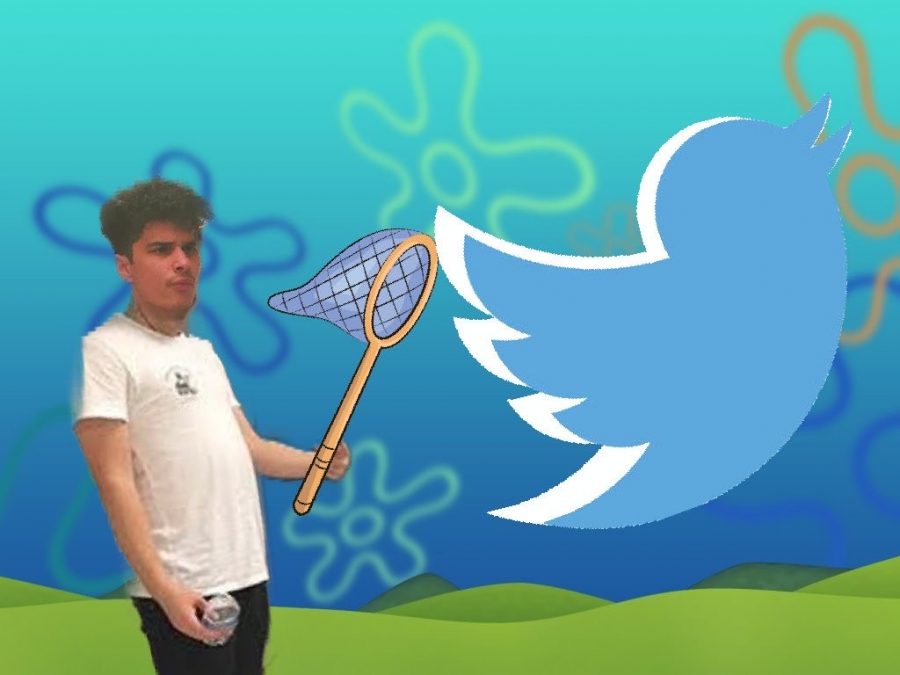 Avid beanie enthusiast Caleb Vargas made this graphic but did not have a photo of Arthur so he used a photo of his friend and photoshopped Arthur's face on it.

I, Arthur Siqueira, am the most tech-savvy and hard-working person on The Current newspaper staff. After two years on staff and taking varied positions (two positions that I barely fulfill), I still don’t have access to The Current’s Twitter, but that should all change.
1) I am the second funniest person on the staff
Second only to the comedic genius himself, Caleb Vargas, I have studied memeology and the complex art of making memes and jokes. I ran the short-lived parody site The Slightly Outdated to great success, giving me valid credentials to take over the Twitter account.

On top of this, the Twitter account is quite possibly the second most unfunny account on Twitter (the first is Jade’s personal account) so adding a professional funny man such as myself can literally only improve the account.
2) It would be a great joke
Gaining access to The Current’s Twitter account would be my greatest joke of all time drowning in layers of irony and would serve as an ingenious senior prank. It would truly be my magnum opus.

I myself am already a great joke, people love laughing at me! So why not let a larger audience enjoy the privilege of laughing at me too?
3) I’m tech-savvy and internet conscious
I’m well aware that what goes on the internet stays on the internet forever. From colleges to teachers to family members watching my tweets, I’ve had my fair share of awkward conversations that start with, “So I saw your most recent tweet…”

To counter this, I have discovered the secret Twitter feature that only real tech geeks know about: setting your account to private. Now if you take a look at my Twitter you will find that it’s spotless! No more uncomfortable car rides with mom for me!
4) It would someway, somehow annoy former Editor-in-Chief Sarah Elbeshbishi
I am the antithesis to Sarah Elbeshbishi. She is hardworking and by the book. I am lazy, and view the rules the same way Jade views my heart (it’s supposed to be broken, right?). Giving someone who hasn’t worked for it the Twitter would certainly make former Editor-in-Chief angry, and why wouldn’t we want to do that?
5) I can share stuff with you guys
If I had the Twitter account, I would use it to share all of the memes I’ve collected through the eons of my existence. I’ve seen memes beyond memes and spent hours curating the finest collection with the very niche application. I could also share my friend’s music. This friend too.

Disclaimer: I am not responsible for anything that happens or what I tweet while in control of the Watkins Mill Current Twitter. Also, since you’ve read this far, why not give The Current a follow on Twitter 😉 let them know why they should give me the password!