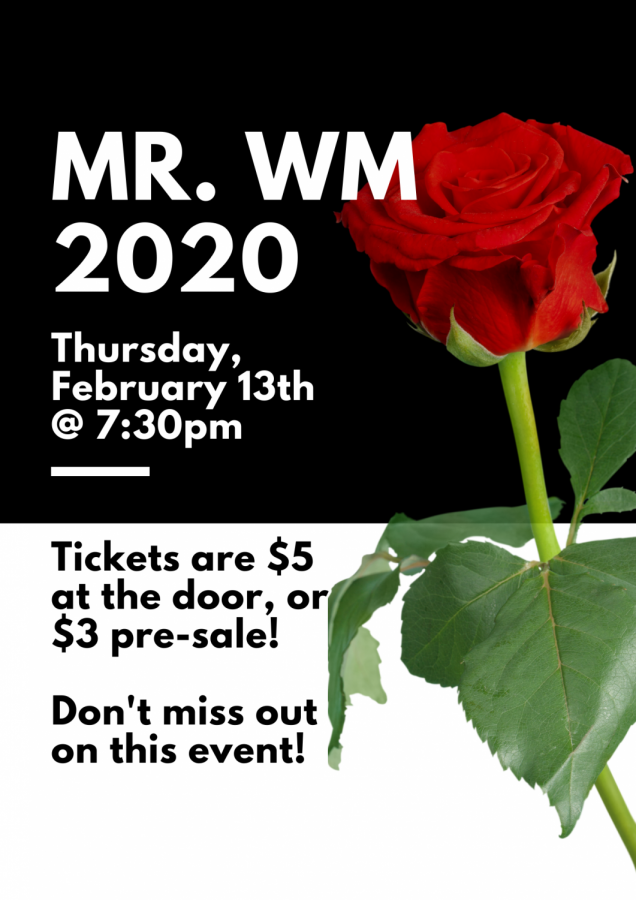 Watkins Mill High School will host the annual Mr. Watkins Mill pageant at 7:30pm tonight in the O’Shea Theater. The tickets cost $3 at STEP or $5 at the door to see six boys compete for the crown. Proceeds from the pageant are donated to the winner’s charity of choice.

“I chose my charity because one of my aunts passed away from Leukemia when I was younger,” Sanyang said. “I picked [this charity] to honor her.”

Every year, seniors compete in different categories for the crown and choose a friend to escort them as they go through the pageant. While Mr. Watkins Mill has only been open to men in the past, next year, the school plans to open the showcase up to female contestants as well. “I think that everyone should go [because] it’s a very fun, light-hearted night, and the money goes to the winner’s charity,” senior Taylor Leonard said. “So I think it’s a good cause to come out to support.” Leonard will be escorting Kum in the pageant.

The event starts with an introduction to each of the contestants, then the swimwear show will take place. Afterward, the six boys will show off their own individual talents, and then there will be a formalwear portion with questions. The audience will be able to vote for a contestant, and the winner will be named “Mr. Congeniality.”

“Mr. Watkins Mill is somebody who represents the school in a positive atmosphere and way,” health teacher and Mr. Watkins Mill sponsor Kristina Smyrk said. The 2020 Mr. Watkins Mill has to win the hearts of the judges and the audience, and be “responsible, respectful.”

The show is being hosted earlier than usual this year to avoid scheduling conflicts that come because of the show being later in the spring. The theme of the show is Valentine’s Day due to it’s close proximity to the holiday. “I kind of like how [the show] is themed with Valentine’s Day,” Sarmiento said.