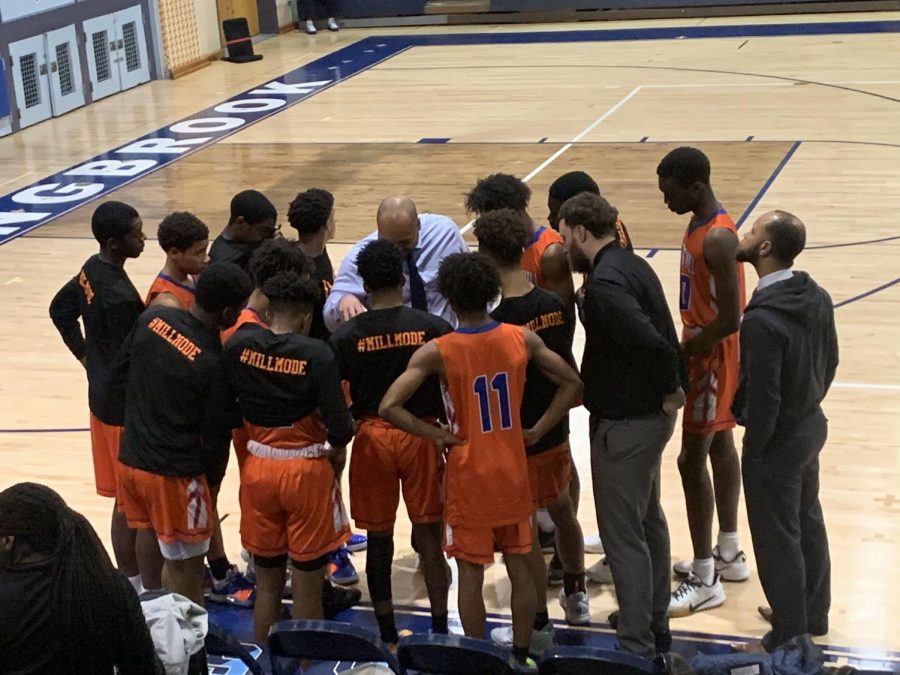 Girls Basketball
Varsity girls basketball kicked off their season well, getting their win against Kennedy High School on Friday, December 6.

“The game went good, we were down by a little bit first end, but then we picked up the momentum and came back up,” junior Hennriette Amankwah said.  This being their home game, the girls were super excited and practiced well and that definitely showed in how they played. The girls won 46-40.

The girls pulled off their second win of the season on Tuesday, December 10 against Springbrook High School, beating them in a close game, with an end score of 36-31.  “At first we were a little shaky and then once we picked up the momentum in the second half, that’s what changed the game for us,” junior Chiamaka Nwanko said.

“I feel like we came out really well and we moved the ball and played as a team I feel like down the stretch we started playing to our opponents’ speed and that really impacted us,” Holland said.

The team suffered another well-fought loss to Springbrook High School’s Blue Devils with an ending score of 48-66 on Tuesday, December 10. Kokora finished with 18 points, 13 rebounds, and ten blocks. Meaning a back to back triple-double performance for Kokora.

“My goal is to make states and get the kids to enjoy track, become better at it, develop skills they didn’t have before, and find college opportunities for my seniors through track,” coach Steven Schaired said.

The ‘Rines next meet is on Monday, December 16 at Prince George’s Sports and Learning Complex.
Wrestling
Wednesday, December 11, the Watkins Mill Wolverines took on Damascus High School’s Hornets. Varsity lost despite the standout performances from senior Victor Kum and sophomore Romeo Tsai. The team is looking to bounce back from their loss this weekend at the Winter Blitz tournament at Frederick High School.

“We knew this season would be rough as we have a lot of people new to the sport; we will continue to work hard to overcome these challenges,” Kum added.