Documentary shows football team has ‘No Fear’ in tackling challenges 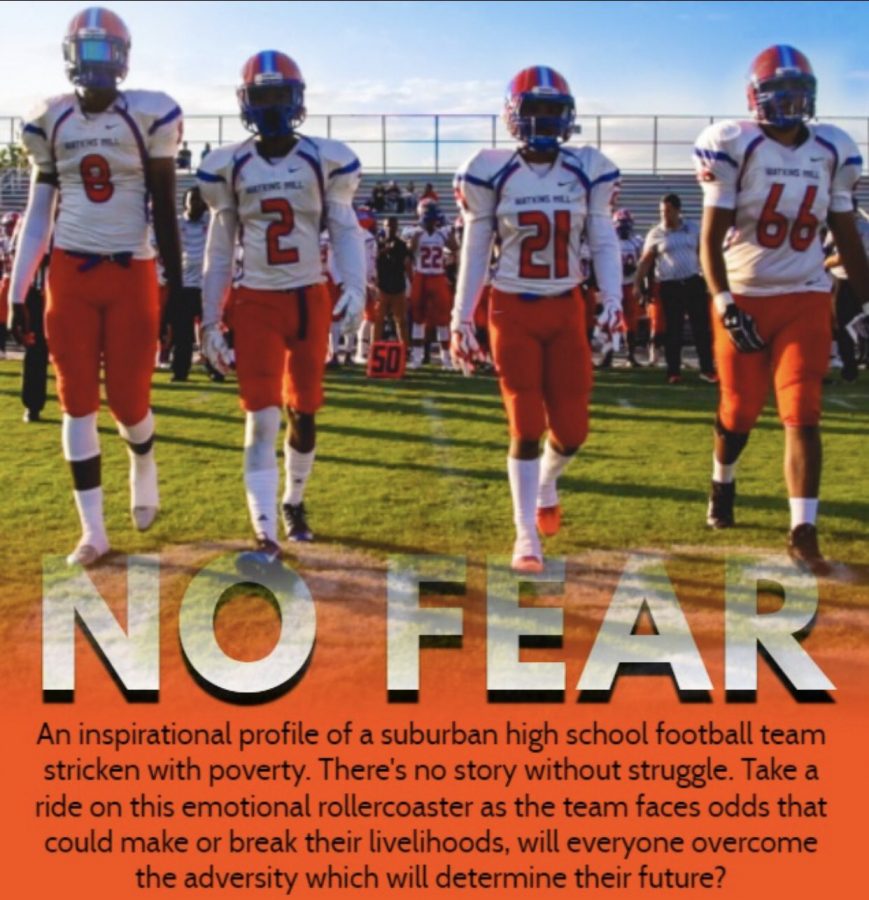 The documentary No Fear premiered at Watkins Mill High School on May 24 and documented the journey of the WMHS football team.

The documentary film No Fear, starring the Watkins Mill High School 2017-2018 football team, premiered at WMHS on Friday, May 31 and depicted the behind-the-scene struggles and triumphs of the players and coaches.

What started as a former WMHS student wanting to film what was going on later turned into a magnificent project. “The documentary took a mind of its own and started spinning and became what it is right now,” said English teacher and defensive line football coach Jamaly Allen.

The documentary took place at WMHS in the Timothy O’Shea Theatre at 6:30 pm. Directed by WMHS alum Aziz Baby, the film was a way “to bring awareness to the situation,” Baby said, and to fight against the well-known, negative repetition that WMHS withholds.

“I really feel like it inspired the community and showed them what we’re doing at the school and what we’re trying to represent,” junior Kameron Thrope said. “I feel it inspired our team to try and do more positive things and go harder.”

“It means a lot to me because it’s getting our story out,” head football coach Michael Brown said. “A lot of people have these preconceived notions about what Watkins Mill is and they have no idea. You have to be here to understand how special  of a place it is and to see the different type of kids and situations we’re in.”

The documentary uncovered the real journey that the football team went through to reach their record of 7-3 in last year’s 2018 fall season, as well as the behind-the-scenes real world events that some of the players faced.

Senior Anthony Rush and junior Demetrius Rush told a personal story about their lives that they carried with them throughout the season. The brothers were put into foster care after being separated from their mother.

There was a point in time where the brothers were separated from each other as well, but the end of the documentary revealed that not only are they together, but they were also reunited with their mother.

The Rush brothers weren’t the only ones with a tough upbringing. Class of 2018 graduate Anthony Penn revealed how there were times that he didn’t have anything to eat. But that didn’t stop him from being a great motivator as the film showed.

“I learnt a lot from that movie,” junior David Vincent Okoli said. “It showed once you have a big role on the team you have to be a leader.”

The documentary revealed what many people in the WMHS community weren’t seeing, from events when the team knelt during the National Anthem to the backlash they received after. It was a true story of vulnerability and hope that was indeed a must-see.