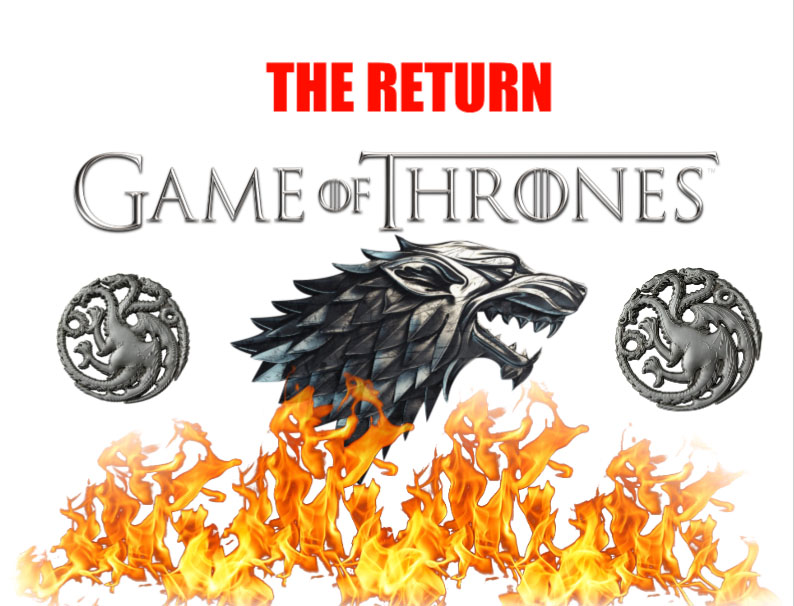 Game of Thrones returned last night for the final season. Don't read this if you haven't watched yet!

Game of Thrones fans waited a whole 525 days for the premiere of season 8, aka the very last season. It was not only amazing, but it was…well… yeah, amazing.

Like most Game of Thrones fans last night (presumably) I was beyond elated once 9pm hit. After last season’s series finale shocker that exposed Jon Snow’s true identity as a Targaryen, like WOW. It was nerve-racking waiting for Jon Snow to receive the news especially after what happened with Daenerys with the um… you know. Anywho, this episode was mainly a build-up episode of what’s to come.

In last night’s episode, Jon Snow, or should I say, Aegon Targaryen, finally returned to Winterfell with his new lady friend/accomplice/aunt Daenerys. Snow reunited with not only Arya, Bran, and Sansa, but also with Sam, his longtime Night’s Watch friend. WHEEWWWW though, Sansa was NOT feeling my good sis Daenerys or her dragons.  Watch out Sansa, because dragons eat whatever, or WHOEVER, they want.

After they all reunited, a meeting at Winterfell was called. Sansa told young lord Ned Umber that she will supply more horses and wagons for his people. Umber then left. After the meeting, Daenerys took Jon Snow on a dragon ride with her last remaining dragons. They ended their trip by the waterfalls with a nice kiss with the dragons watching. It freaked Jon Snow out of course… especially towards the end of the scene. After Jon Snow returned from his dragon ride, Sam revealed Jon’s true identity, that he is the rightful king of all Seven Kingdoms.

To backtrack a little bit and to focus on another character, Arya reunited with the Hound. I wouldn’t say it was a heartwarming scene, but it was pretty funny. On the other hand, Cersei, aka Satan, was caught sleeping with Euron Greyjoy. Gross right? Greyjoy keeps trying to win Cersei’s heart, but we all know she doesn’t have one.

Towards the end of the episode, Tormund Giantsbane and a group of men are coming back from the wall and come across poor Ned Umber. He was killed by the Night King and was surrounded by a spiral of dead men’s arms. As Tormund turns his back to contemplate about poor Ned Umber’s body, Ned Umber awakens as a white walker, screams, and tries to kill Tormund. Beric Dondarrion grabs his flaming sword and sticks it through him, setting fire to the spiral of dead men’s arms in a great make-you-jump moment.

Theon also reunited was his sister, but that was one of the not so exciting moments of the episode so we’re gonna disregard it. At least he’s acting like he has part of his anatomy back.

Finally, during the last scene, Bran is sitting at the entrance of Winterfell with Sam and tells him he’s waiting for an old friend. Moments go by and he sees… wait for it. JAIME LANNISTER. When I tell you Jaime’s face was like, “Oh my goodness I can’t believe you’re still alive.” It was just WOW.  I keep saying wow, but the whole episode was WOW.

After watching the episode, I am just so excited this season. I honestly stan Daenerys and Jon Snow’s relationship, but after finding out that’s his aunt I’m kinda like… ew. But still, they’re cute. Anywho, let’s see how the rest of the season goes.

Bye sissies, until next episode.